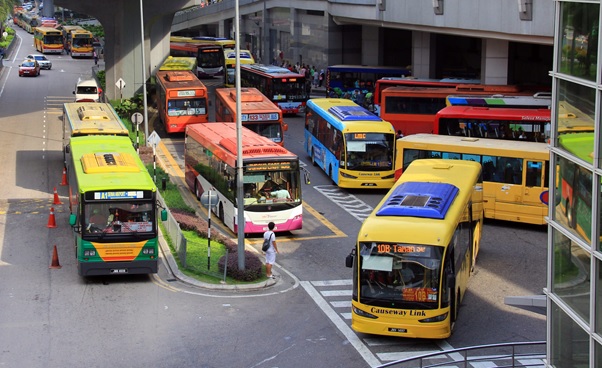 One the first level of the Johor Larkin Bus Terminal is where food amenities including McDonald’s, Kentucky Fried Chicken, Dunkin Donuts, and Pizza Hut can be found, all of which are open 24 hours. Shopping is on this level, as are six ATM machines. Other amenities include a lost-luggage center, a travel agency, a pharmacy, restrooms, and an information counter. On the second level there is an enormous shopping open market and the third level offers a food court and a mosque. On the first and second levels, there are full-service beauty shops.

How do get to Larkin Bus Terminal?
To get there, the best way are by taxi and city buses.
a) Bus from Singapore:

Easy booking: click on the banner below. You don't have to line up.

Passengers are able to catch a new bus when the conductor stops off at the immigration checkpoints in Malaysia and Singapore. During these checks, passengers must get off the bus, and along with their baggage, clear customs before re-boarding the bus. Busses depart about every 15 minutes.

There are many taxi stands situated around the Johor Larkin Bus Terminal. Beware of taxi drivers who do not use meters to base fares from. These taxis generally charge the customer much more than a metered taxi would. 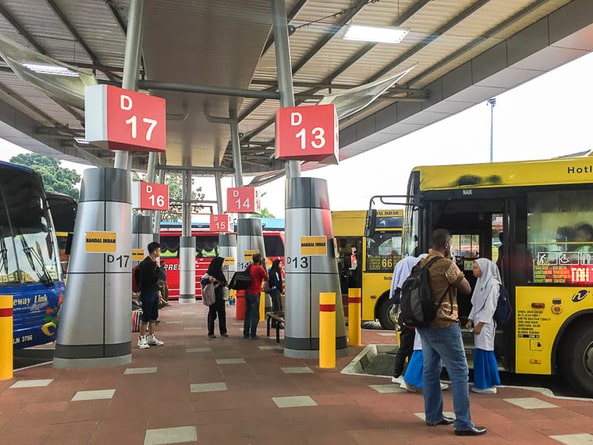