"A visit well worth the entrance fee. The building itself is stunning. Catches your attention as soon as you see it. Take your time to look at all the exterior decoration pieces to marvel at their detail. A true testament to the Khoo clan." 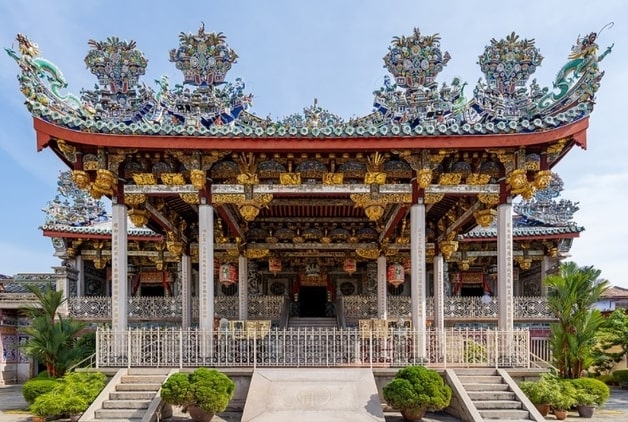 Khoo is the family name. Kongsi means clan (family) house.
This clan house of the Khoo family reminds us of the very first period the Chinese came to Penang. The Khoo family that built this Kongsi came originally  from Sin Kang village in the Hokkien province of China. They actually began migrating overseas in the 16th century. They came to Penang sometime in the late 18th century. By 1835 their numbers were large enough that they formed a clan group and purchased the land and building for the first Kongsi.

It burnt down in 1894 and some believed it was due of its resemblance to the Emperor's palace. A reduced version was later built in 1902 which features a magnificent hall embellished with intricate carvings and richly ornamented beams of finest wood bearing the mark of master craftsmen from China.

The principle of "ghee" or brotherhood is highly revered within the clan. Every year a few selected members of the Khoo clan are honoured either for their services to community or for their academic achievements.

During the Second World War, bombings by invading Japanese forces partially destroyed portions of the roof of the Dragon Mountain Hall, as well as over 20 clan houses in the courtyard. After the war, repair works were done to fully restore the temple to its former glory. 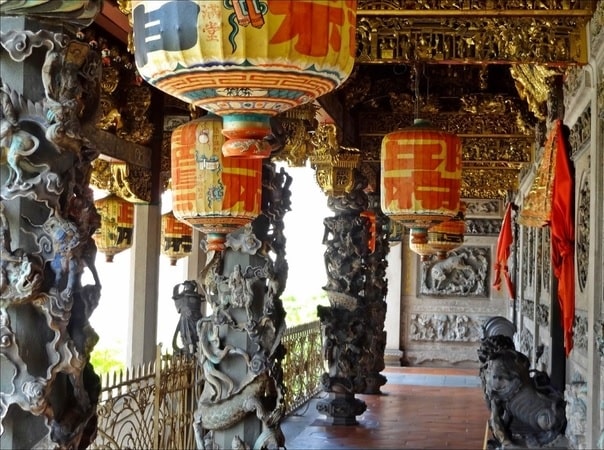