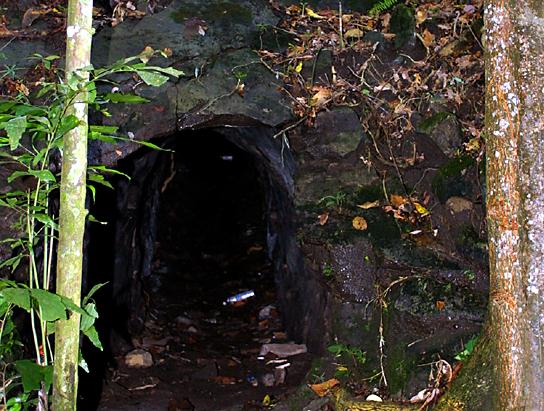 The Temple of the 8 Gods - "The Eight Deity Chinese Temple" or the temple of "Heaven and Earth" is a Taoist temple on the island. It's one of many Chinese temples and this one is relatively new. It was built by the Hokkien community. The temple has a center hall, which is divided in two: All the gods stand proudly in the center of the hall the 'Heaven', while a dark corridor leads the visitors to the 'Hell' room. where there is much to see on the walls: sinners in the torture chambers, who are tortured, beaten and boiled in cauldrons.

Duty-Free Shopping - Duty-Free Shopping is one of the perks in Labuan. The modern shopping centers have a wide variety of locally produced and imported goods. The most popular are liquor and tobacco, textiles and appliances. At the end of the year there is a month-long sale on the island with attractive discounts. Cultural shows are then performed here and there.

World War II Memorial Sites - Labuan is an important destination to visit the Commemorate WWII. The Labuan War Cemetery (1), the Allied Landing Site (2), and the Park of the Japanese Surrender Park (3) are three main places where foreign and local visitors come.
The "Day of Remembrance" is held every November at Labuan War Cemetery, in honor of the 3,900 registered graves of fallen soldiers from WWII. This event is attended by Malaysian and foreign veterans and relatives of the Allied soldiers killed in action, during the war between 1942 and 1945.

Tanjung Kubong Tunnel - & nbsp; The north of the island is called Tanjung Kubong. Here is an extensive network of tunnels and deep wells. This is the area where coal mining began in 1847. There were several British companies operating the mine for 64 years. The latter, New Central Borneo, & nbsp; constructed a 14-kilometer railway line to the port of Victoria (Labuan City) to export the coal. A series of accidents caused the mine to be closed in 1911. The area, that Located on the other side of the road from the Chimney, it is littered with tunnels, wells, bricks, rusted cables and pieces of rails. You can carefully make a short descent in one of the tunnels with a rope. Much remains to be explored here. 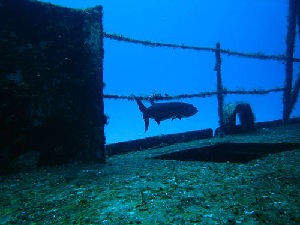 Wreck diving - Labuan has one of the best locations for wreck diving. There are four wrecks, which are known locally on the island as the:

The beaches - like the pearls of the South China Sea. Labuan has beautiful long beaches. The most famous are Batu Manikar, Pancur Hitam and Layang-layangan beach, where the locals relax on weekends and BBQ picnics. The beaches won an award for the cleanest beach in the United Nations: the COBSEA Clean Beach Award 2008. The prestigious award is well deserved because every morning your Labuan Corporation employees clean the beach and remove all rubbish and debris.

Kampung Air / Water Village - This is an interesting settlement, where wooden houses, shops and mosques are built on stilts over the water. You do not have a boat to enter the kampung. You can reach it through the entrance, which is located at the parking spaces. You can then, choose to walk around the village on the wooden bridge or steel concrete walkways (eg Patau-Patau).
The residents are friendly and don't mind if tourists are walking around in their village and take pictures.