To help preserve the remaining tiger population, Kuala Lumpur in the 1970s created a series of nature reserves in thickly forested mountains in central peninsular Malaysia. Yet, new highway construction, logging and outright poaching have gone on eating into both the cat's habitat and actual tiger populations.
The range each tiger normally needs to find food,  is a radius of about 20 kilometres (12 miles)
The tigers need food and due our need of plantations (palm oil and others) they have less land to prey.
Experts say increased land clearing in recent years has become a major threat, endangering the tiger's habitat. Perhaps with the economic slowdown there is extra pressure on land clearing because the government is encouraging agriculture. We always say the tiger encroaches into human areas. But we are actually the ones who are encroaching on their habitat. 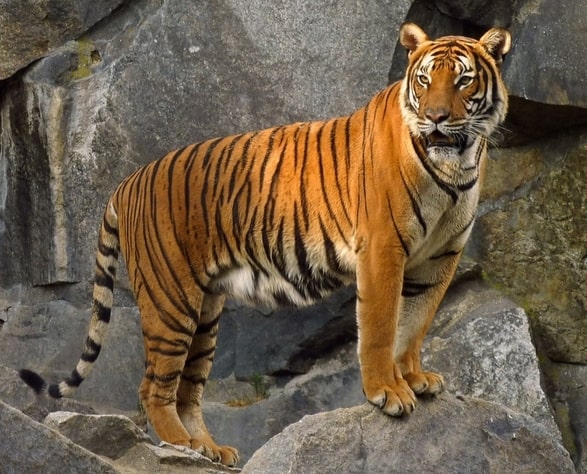 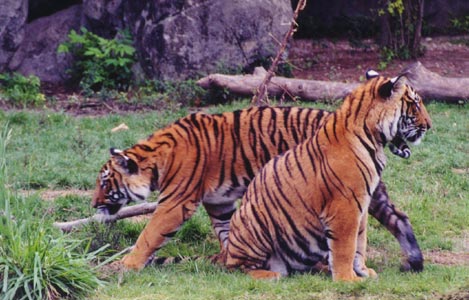