On the picture you can see clearly the jungle (green) and the inhabitable part (grey) of the island. On the right is the civilized part; at the left there is the jungle and partial agriculture (the stripes). Here was rice cultivated. That's over now, because the farmers earned little money by growing rice. At the top right is the capital George Town. Here you van take the ferry to the opposite site: Butterworth. In Butterworth are a lot of factory's. Many workers take the ferry in morning to go to their job. In the evening they come back. You can also see on the right side, a line from the island to the mainland. At the end the line bends to the North. This is the longest bridge in South-East Asia: Penang Bridge. You have to pay toll to get to the other side. 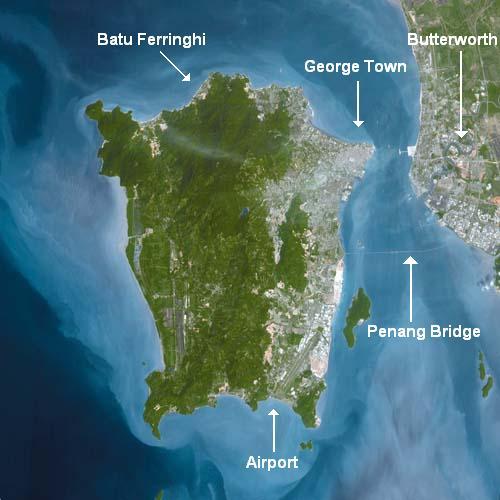 On the right at the bottom you see a thick slanting line: that's the runway from the airport Bayan Lepas. You approach the airport by coming over the sea. The town at the airport is also called Bayan Lepas.
At the upper side you can distinguish three beaches. The first one (small, at the left) is surrounded by forest. At the second beach is the town of Teluk Bahang (Mutiara Hotel). The third beach is the longest and goes to the Northern point of the island (right in the middle). This beach is called Batu Ferringhi. This is the most touristy side of the island. Here are the hotels and resorts. 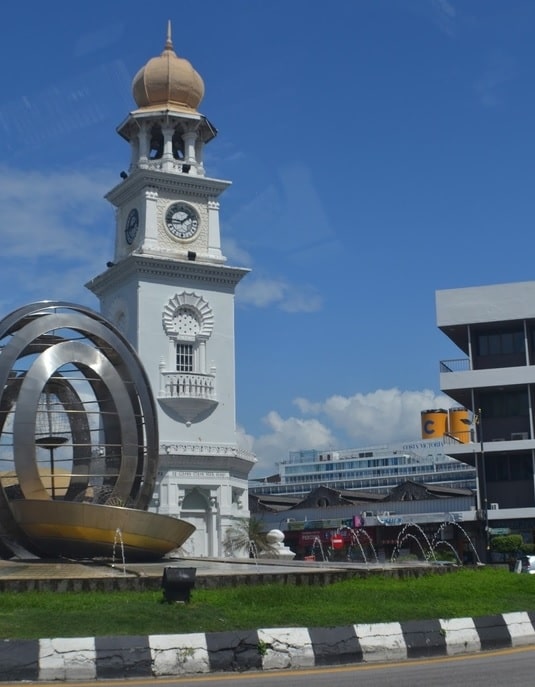 The clock tower in Georgetown 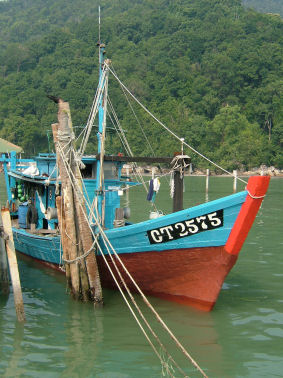